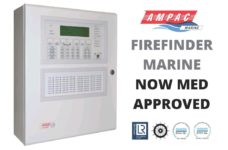 We are pleased to inform our customers that our marine approved product range has been expanded again, adding to our comprehensive offering for the maritime industry

LGM Products is pleased to have accepted an invitation to become a member of British Marine.

We are proud to be attending the world’s largest marine equipment trade show in Amsterdam this November. The METSTRADE Show offers visitors a unique opportunity to END_OF_DOCUMENT_TOKEN_TO_BE_REPLACED

LGM Products is pleased to announce the arrival of the Marine approved Esento fire control panel. The new Esento panel is approved to the Lloyds Register, MED and END_OF_DOCUMENT_TOKEN_TO_BE_REPLACED